Count the Kicks adaptation of promotional materials for low-literacy audiences

The Count the Kicks app is translated into 10 languages to reach the most mothers across target states in the upper mid-West, including those mothers for whom English is not a primary language. The app and the app’s promotion are also targeted at the African American population where stillbirth is twice as prevalent as in the general population.

The design focus for the materials was two-fold: (1) utility and ease of use to the primary users (mothers) in learning about stillbirth prevention through counting movements, and (2) applied learning for behavior change, motivating mothers beyond knowledge to action.

Before and After of the brochure outside 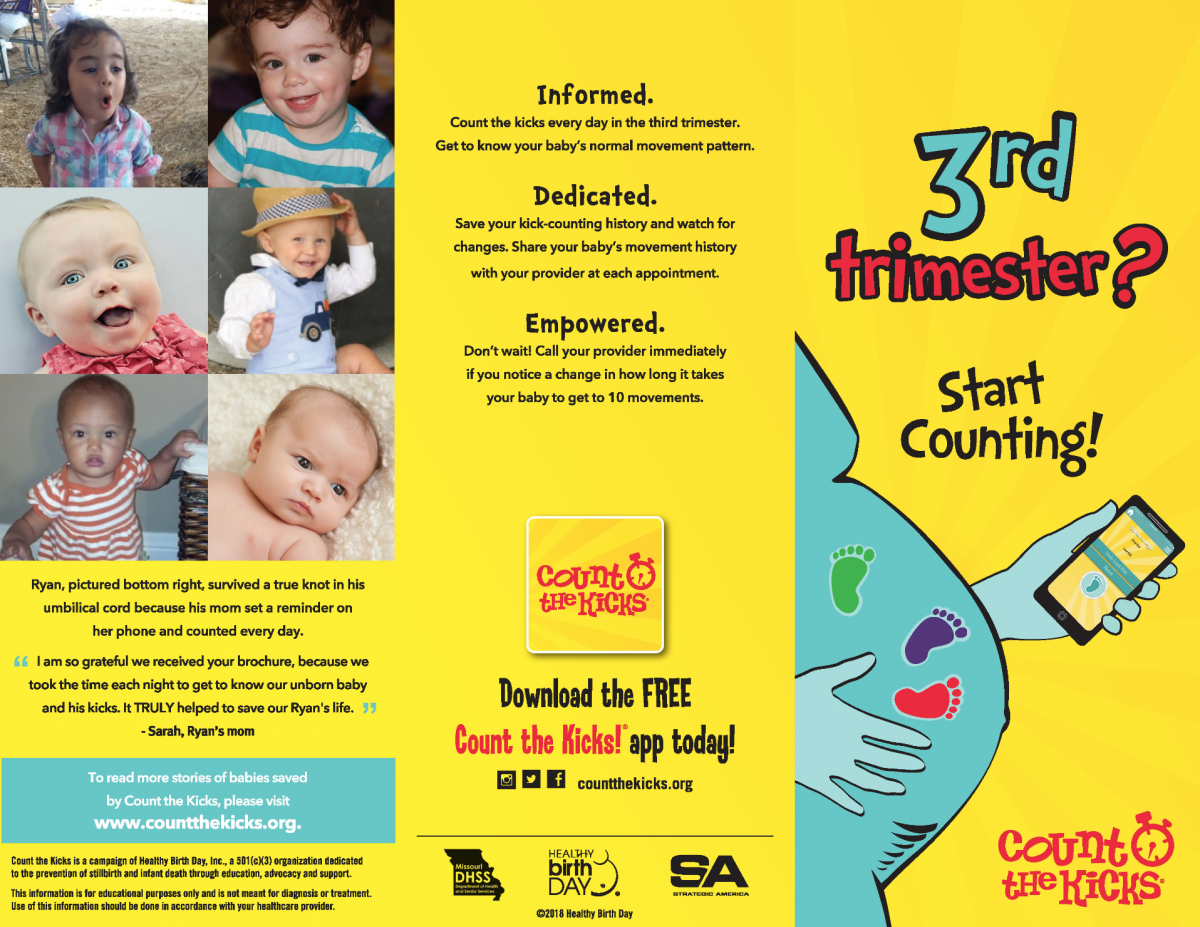 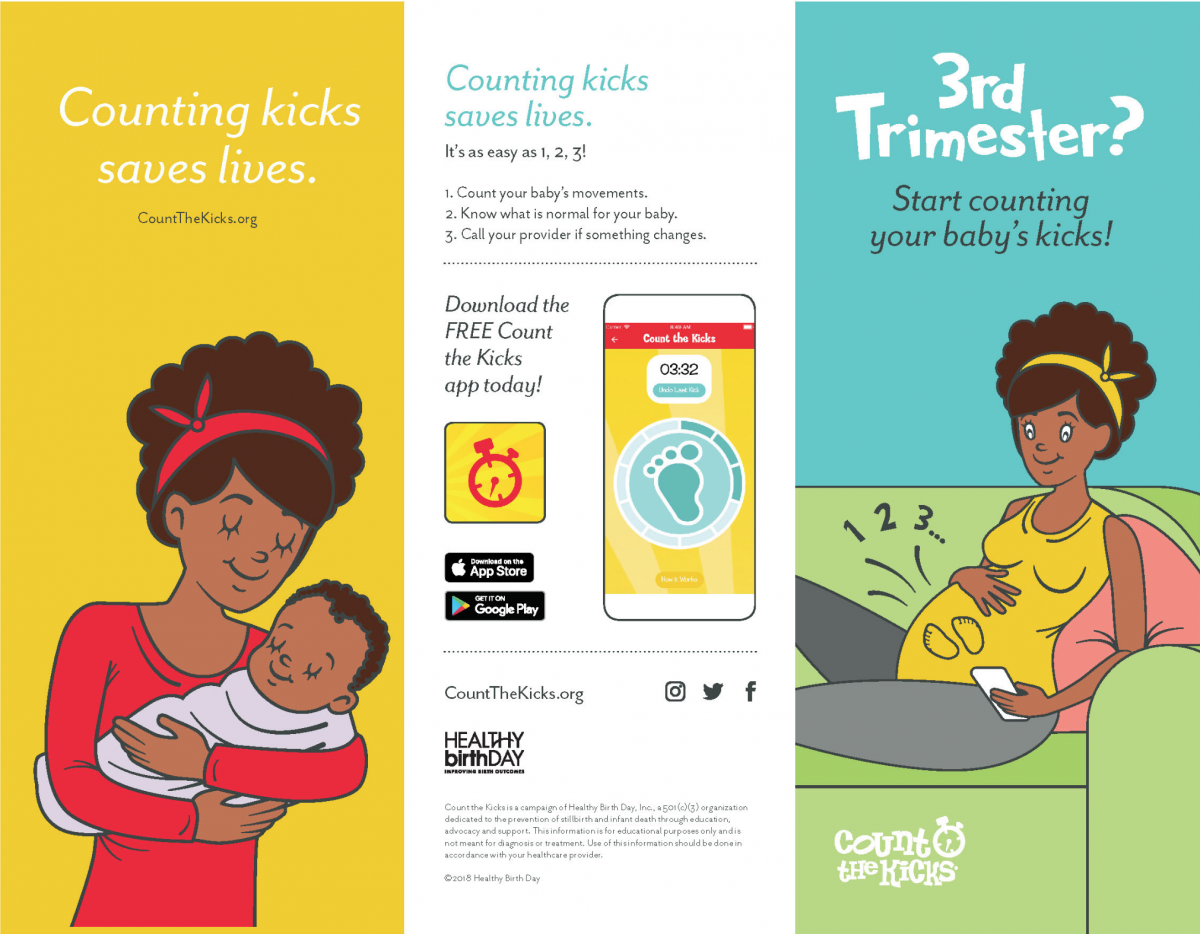 Before and After of the brochure inside 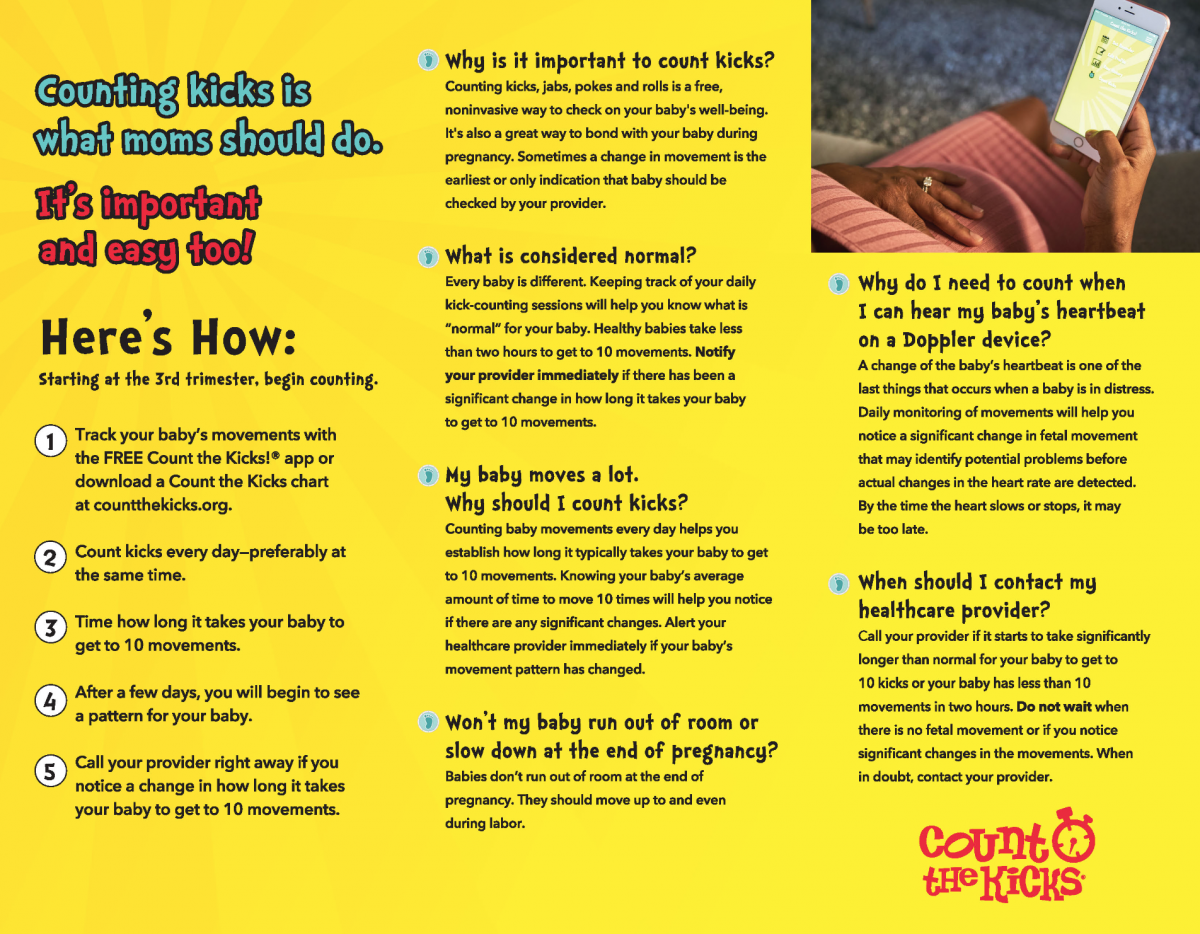 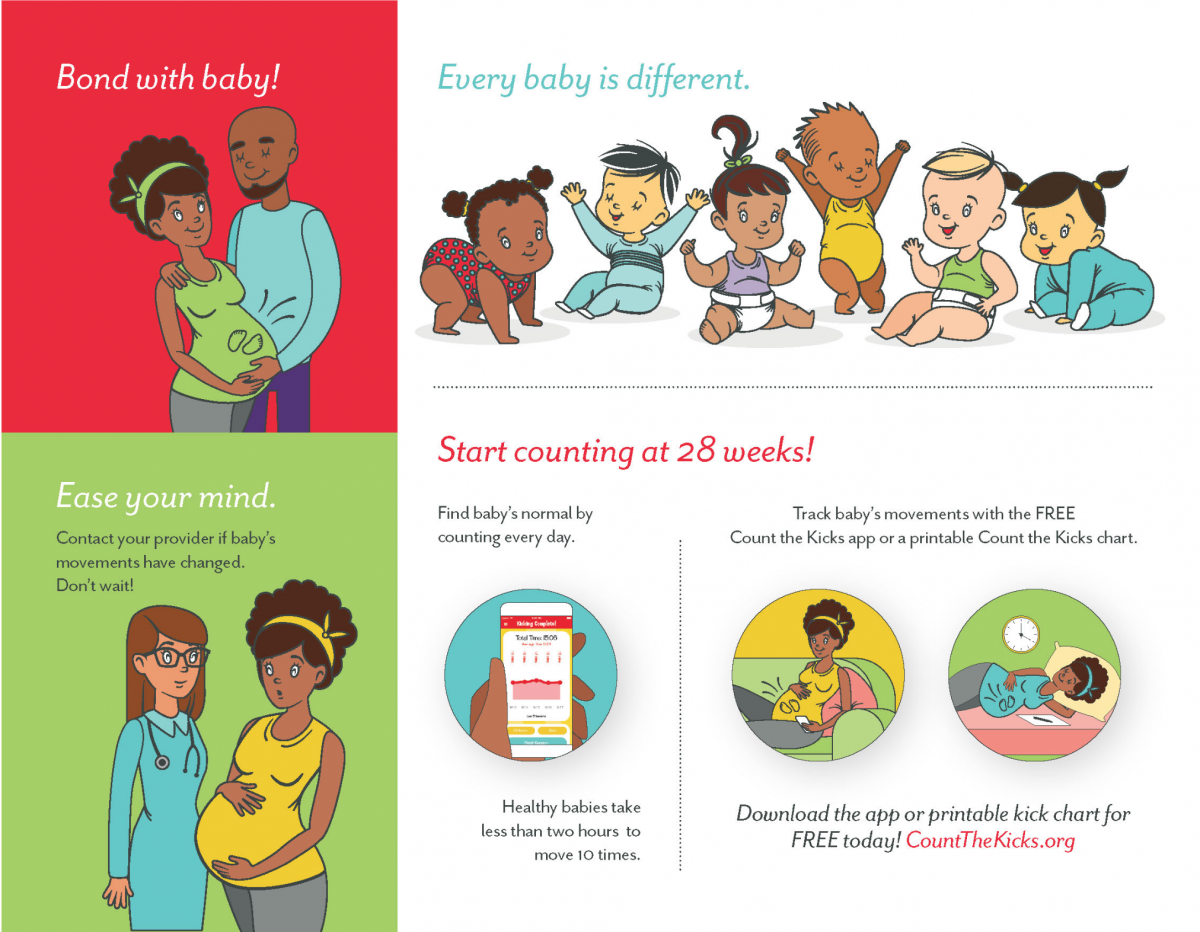